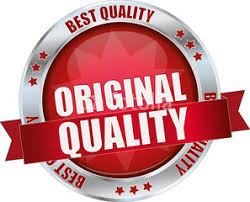 What is Recardin useful for athletes?

Recardin is selective modulator of nuclear receptors Rev-Erb in the hypothalamus, skeletal muscles, liver and adipose tissue, which are responsible for the regulation of circadian rhythms of metabolism. The main effect of the drug is to accelerate metabolism and aerobic reactions, during which fats and carbohydrates are broken down with the release of energy ATP. SR9011 is especially effective in training cycles aimed at weight loss, drying, relief detailing. It is also used in basic courses for the development of lean mass, endurance and strength.

The drug is not detected by doping tests.

First, let's figure out what a specific nuclear receptor Rev-Erb is. This intracellular receptor is a protein molecule that is located in the nucleus and is involved in the regulation of the circadian rhythm of gene expression that affects many biochemical processes. Among the processes "dependent" on Rev-Erb are energy, carbohydrate and fat metabolism. The intensity of physiological processes changes during the day: metabolism accelerates during the day and slows down in the evening hours, reaching minimum values ​​late at night. Circadian rhythms of activity, which are often called circadian, are regulated by many mechanisms, including nuclear receptors (for example, Rev-Erb). Activation of Rev-Erb leads to the expression of genes that encode proteins of enzyme systems involved in metabolism. Under natural conditions, Rev-Erb activity increases during the day and decreases at night, which is manifested by the above-mentioned changes in the rates of basic metabolism. Reckardin is a selective Rev-Erb modulator. As an agonist (stimulant) of this nuclear receptor, Reckardin promotes the activation of genes that affect the rate of metabolic processes, regardless of the time of day. Taking Recardin is accompanied by an increase in the rate of energy, lipid and carbohydrate metabolism. The indicators of the basic metabolism increase, the breakdown of fatty acids and glucose in the reactions of aerobic synthesis of ATP is accelerated.

The effect of Reckardin on the body
The SR-9011 modulator is selective and acts selectively on certain tissues. In particular, the drug activates Rev-Erb receptors in the hypothalamus, liver cells, adipocytes and skeletal muscles. Due to this specificity, it contributes to the improvement of athletic performance and rapid fat burning, weight loss and drawing of muscle relief. Activation of the nuclear receptor Rev-Erb in adipose tissue slows down the synthesis and accelerates the breakdown of triglycerides. Free fatty acids formed from triglycerides enter the bloodstream, reach the muscles and are utilized in the aerobic pathway of ATP synthesis. In muscle tissue, the number of mitochondria increases, and the rate of glucose and fat oxidation increases. In combination with the changes in lipid metabolism described above, this contributes to the most efficient fat burning. The lipolytic effect is manifested at any initial percentage of fat: the result will be obtained by both people who just want to lose weight and professional athletes who are preparing for a competition. In the liver, the synthesis of lipids, cholesterol and fatty acids slows down. This has a beneficial effect not only on athletic performance, but also on the general condition of the body. While taking Reckardin, the level of triglycerides, total cholesterol and low density lipoproteins (LDL, or "bad" cholesterol) decreases in the blood. The indicators of the lipid profile are improved. Due to the intensification of carbohydrate metabolism, blood glucose and insulin levels decrease.

Benefits of Reckardin SR-9011
Selective modulator Recardin SR-9011 is a safe catalyst for fat, carbohydrate and energy metabolism. It does not interfere with the work of the endocrine system, does not affect the synthesis of hormones of the adrenal glands, thyroid and pancreas, does not disrupt the natural course of metabolic processes. Reckardin SR-9011 increases the metabolic rate by activating the mechanisms provided by nature itself. In other words, a person with an initially "slow" metabolism can get the metabolism of a genetically gifted athlete, but without hormonal drugs, without steroids, without central stimulants that deplete the nervous system.

How to take SR-9011 (Recardin)?
Recommended dose: 1-2 capsules per day. It is advisable to divide the daily dose into 2 doses after meals. The duration of the course is from 8 to 12 weeks.

Side Effects
The side effects of this compound are:

You can buy SR-9011 (Recardin) from our website absolutely legally.

Delivery is carried out to all countries in the world, which do not have an official ban on receiving and sending mail (mainly island countries).

We guarantee that you will receive your parcel with SR-9011 (Recardin) without any problems at customs (we have our own delivery channels to countries with strict customs).

Due to Quarantine, delivery time may increase slightly, but still delivery remains within reasonable limits and does not exceed the delivery time during Christmas sales.

You can legally buy SR-9011 on our website without prescription!

This stack of medicine is the most powerful for burning fat >